AUTHOR’S NOTE: Since book three of my HISTORY’S MYSTERIES coming out in the spring of 2020 will be titled Hunting Gris’ Gris’, I thought I would give you a little “teaser” from the bayou legends of this swamp monster and the mystery surrounding my hometown in southern Louisiana. I promise my chapter book version will be MUCH tamer…

Long, grey strands of Spanish moss wrapped its way around the branches of the old cypress tree, dipping low into the murky waters of the swamp. Dusk was fading fast and the night songs were starting to echo in the wind, carrying with it the stench of rotting vegetation and something else Collin couldn’t quite make out.

His friends dared him to spend a night on the bayou alone. “Chicken” and “scaredy-cat” they’d called him, taunting until he had no choice but to accept the challenge. With all his friends gathering to see him off, Collin barely had time to grab a lantern and blanket before he was hoisted into the back of Tommy’s truck and headed out to the edge of town to be dumped where the bayou beckoned the fool-hearted.

Sinking into the spongy, marshy ground, Collin looked in vain for a drier place to camp and finally settled for the base of the old cypress tress, wrapping the blanket tightly around him to ward off the damp mist rolling across the water in his direction. Using his cigarette lighter to ignite the lantern, Collin could just make out the shapes of turtles resting on a fallen tree trunk to his right and heard the deep, baying sound of an alligator somewhere off to his left.

He thought he’d never be able to sleep at all, but hours later he woke with an ache in his bones from remaining in that cramped position for so long. He realized with dismay the low flickering of the lantern meant it was about to go out, plunging him into a world of darkness, except for the pale moonlight peeking its way through the strands of moss. Collin was about to stand up to stretch his cramped legs when a strange sound came from somewhere directly in front of him.

Low at first, a deep throated growl could  soon be heard ringing throughout the surrounding trees. Collin’s breath caught in his throat as he suddenly remembered every tale Paw Paw had told him about the Gris’ Gris’. A half-man, half-beast born of the bayou, children were told bedtime stories of how the Gris’ Gris’ would come out of the swamp to get them if they didn’t fall asleep right away.

Collin always thought it was just old Cajun tales but as the sound drifted closer and closer, he desperately willed his numb legs to move as he stumbled toward the levee surrounding the swamp. Tripping over a root, Collin felt his breath rush out of his lungs when he hit the ground, momentarily stunned by the force of the fall. Rising to his knees, Collin began to stand up when he felt a hot breath slide across his neck, the stench of rotting flesh causing his stomach to recoil as his scream bubbled through his chest before echoing into the night… 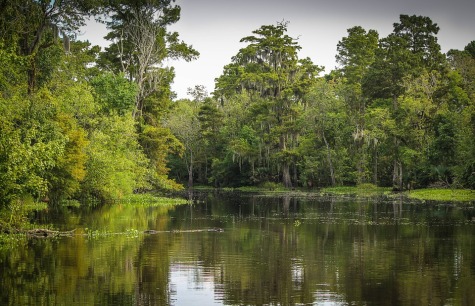 In case you didn’t know, I’m a Cajun. Born and bred in the swamps of Louisiana; home to great food, a unique flair for homegrown music, and a land of mystery as well as history. My ancestors were persecuted for their beliefs, driven from their homes and forced to seek refuge in a sort of no man’s land where only the foolish would try to make a life. And yet they stayed…lived, loved, and died among the alligators and swamp creatures of deep southern Louisiana.

There was a time when I couldn’t wait to leave that place…to strike out on my own and make something of myself. But the older I got and the further from the swamp I roamed, I came to realize that you can take the gal out of the swamp, but you can’t take the swamp out of the gal. There is a strength to the Cajuns which can’t be denied. How a race of people could build a life out of nothing but mud and cypress trees and backwater bayous crisscrossing the landscape is beyond me. But build it they did and when they were finished there was cause for celebration. A time for giving thanks they no longer had to run. Thanks for the chance to raise their families worship their  God. and strive for a better life in their little corner of the world. 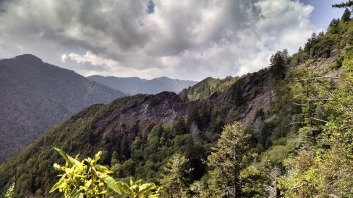 Now I live among the hills of eastern Tennessee and cherish the life I have created here. But it hasn’t been easy. While the trials and tribulations of a life well lived has left scars on my body, my mind soars with all the possibilities a new day can bring. I gather around me people whose spirits lift mine own up. I hold close to me great works of beauty to feed my soul and wish for the day when I might do something which touches the spirits of others in some small way through my publishing company, Story Catcher Publishing (www.storycatcherpublishing.com). Until then, I write my stories from my little corner of the world and give thanks for my roots which began by the bayous in the land of the Cajuns…

International best selling, award-winning author, Donna L Martin, has been writing since she was eight years old. She is a 4th Degree Black Belt in TaeKwonDo by day and a ‘ninja’ writer of children’s picture books, chapter books, young adult novels and inspirational essays by night. Donna is a BOOK NOOK REVIEWS host providing the latest book reviews on all genres of children’s books, and the host of WRITERLY WISDOM, a resource series for writers. Donna is a member of the Society of Children’s Book Writers & Illustrators and Children’s Book Insider. She is a lover of dark chocolate, going to the beach and adding to her growing book collection. Donna’s latest book, LUNADAR: Homeward Bound (a YA fantasy), ebook edition, is now available from Amazon, with the print edition coming October 15, 2018.