Here is another post in my WRITERLY WISDOM series I first ran back in 2013. Five years later, I’ve updated the material and made sure it still applies to today’s writers. Award winning author, Darlene Foster, is just another wonderful writer I met while coordinating writers for this series. You can reach Darlene at her website  (www.darlenefoster.ca), or on her blog (www.darlenefoster.wordpress.com).

Never Too Late To Become A Writer
by Darlene Foster

A goal without a plan is just a dream.

Many of us dream of being a writer. After all we have tons of ideas. We spend years talking about it, fantasize signing our books, and envision people saying, “I read your book and loved it.” But there is always an excuse. We are too busy working, raising kids, keeping a house, volunteering, looking after grandchildren or aging parents; the list goes on. Then one day there is a bit more time and we say, “Now I’m too old to write a book. If only I had started years ago. Its too late.” I have heard this many times.

I was one of those people. I had so many excuses for not sitting down and writing a book. I took writing courses and attended seminars, wrote a few short stories and submitted to the occasional contest, but the idea of writing a book was too daunting and I often felt I left it too late.

Then I went on a fabulous holiday to the United Arab Emirates and decided I needed to write about it. It worked best for me to write my story from the point of view of a twelve year old and target it to middle readers. Although I was already in my fifth decade, I was still busy working a full-time job, tutoring part-time, volunteering and sitting on a few boards. How was I going to fit in the time to write a book?

I came up with a clever plan. The plan was to write the book in three years; a realistic time frame for me. How was I going to do this? I planned to write one chapter a month by writing one hour a day. By breaking it down into doable steps, it was not so difficult. I simply eliminated watching television for one hour every evening. Soon my friends and family understood that I could not be disturbed for that one hour. If I missed one day, I would write for two hours the next day.

My plan worked. At the end of three years I had Amanda in Arabia-The Perfume Flask completed and ready for submission. It took another 5 years to find a publisher, but I persevered. In those five years, between researching publishers and writing query letters, I continued to write and completed, Amanda in Spain-The Girl in the Painting. After all, I was used to writing at least one hour a day.

Now in my sixth decade I have three books published, I have organized numerous book signings and people of all ages have approached me saying, “I love your books. I hope you write more.” I write two hours everyday now and managed to write my latest book, Amanda in England-The Missing Novel, in one year. I am working on the fourth novel as we speak and have many more ideas. There is no stopping me now!

The lesson I learned is that it is never too late and you can never be too busy, to make your dream of writing come true – if you make a plan and stick to it. As a much wiser person than I once said, “You are never too old to set another goal or to dream a new dream.” -C. S. Lewis 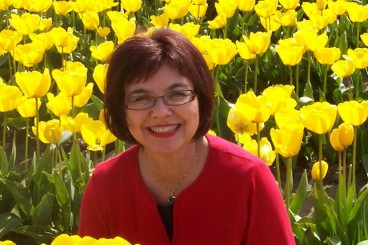 Biography of Darlene Foster
dreamer of dreams, teller of tales

Darlene Foster is a writer of children’s stories, an employment counsellor, an ESL tutor, a wife, mother and grandmother. She loves travel, reading, shoes, cooking, sewing, music, chocolate, walking on the beach and making new friends. Her grandson calls her “super-mega-woman-supreme”. She was brought up on a ranch nearMedicine Hat, Alberta, where she dreamt of traveling the world and meeting interesting people. She lives in Tsawwassen, BC with her husband Paul and their black cat Monkey.

Darlene has always had a desire to write. Her latest book in the Amanda Travels series is Amanda in New Mexico: Ghosts in the Wind (Central Avenue Publishing 2017).

She believes everyone is capable of making their dreams come true!