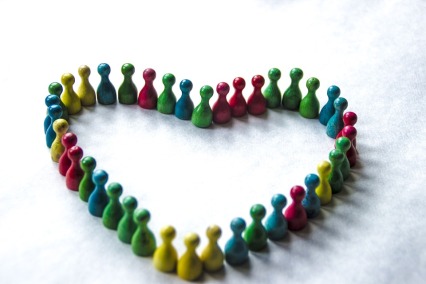 Here is another post in my WRITERLY WISDOM series I first ran back in 2013. Five years later, I’ve updated the material and made sure it still applies to today’s writers. This week we learn  about writing multicultural literature from my friend, Miranda Paul…

For those of you who don’t already know, I’ll put it out there: I’m white.

It probably shouldn’t matter, and at the same time, it should and does. Here’s why:

Not every story is mine to tell.

I know that, and I respect that.

That doesn’t mean I only write stories that originate my Midwest hometown, about characters who look like me, grew up like me, talk like me, etc. In fact, those of you who know what I write is far more diverse. But what I write is also based upon experience, research, passion, and personal connection.

Even though people have been advocating for more “multicultural” literature for decades, we still need more stories about all kinds of people who come from all sorts of backgrounds and live and talk in diverse ways.

Oh, and they need these stories written by authors who are just as diverse.

Back in 1970, award-winning poet Lucille Clifton published two children’s books—The Black BC’s and Some of the Days of Everett Anderson. This certainly wasn’t the beginning of multicultural kidlit, of course. But I begin with Lucille because she was my first professor of children’s literature, and because she championed the idea that children needed both “mirrors and windows. Mirrors in which they can see themselves, windows in which they can see the world.”

I was blessed to be initiated into the craft of writing for children by such a kind, strong, and gifted woman. Her books offered positive, contemporary portraits of African Americans without racial stereotyping. Her books are wrapped in authenticity, humanity, and universal truth.

Lucille’s example of consciously giving children access to “windows and mirrors” stuck with me as I headed off to teach in West Africa later that year. There, my students had a significant lack of books that accurately depicted individual, contemporary African settings and characters, and I’ve been working over the last few years to build libraries with relevant books. I also married interracially and when we had children, this idea became very personal. Most picture books were “window stories” for my children. Far fewer were “mirrors”, with characters who looked like or had families like our own. Thus, I’m always on the lookout for great “multicultural” books (although sometimes, the separation and separate-shelving of that label irks me) that depict biracial families, children with grandparents living abroad, immigrant parents, a second language in the home, West African and Caribbean cultures, etc.

Let me now get back to an earlier point, about not every story being mine to tell.

Although I’ve written several stories that are classified as “multicultural”, they’ve mostly been stories I have a personal connection to and resulted from experience, research, and collaboration with people within the culture.

There are a lot of underrepresented cultures or lifestyles that interest me, and I see a need for stories about them in the publishing market. But ultimately, at the end of the day, each story should be about a character, in a specific place, at a specific time. That means DETAILS. I am not always the best person for writing those details, especially if the culture is one I’ve not experienced firsthand.

The thing is, not only do children deserve stories that contain “mirrors,” but the author bio or photo needs to reflect diversity as well. Growing up, I never got the chance to actually meet anyone who wrote for a living, and the lack of a model seriously affected my confidence that writing for a career was even possible.

So when I got invited to a school with other authors, I noticed immediately all four of us were white women with blond hair and blue eyes. I had to question what unintentional message this was sending to the kids. Perhaps our lack of diversity meant nothing on a conscious level. Maybe the kids didn’t notice. But what if there was some sort of subconscious message at work? Don’t they deserve to see authors who look like them, in order to ignite a sense of possibility that they, too, can be authors?

I think it’s extremely important for authors who are not of color to remain encouraging and supportive of the organizations who are consciously making an effort to address the call for diversity in children’s books. I am thrilled that publishers such as Lee and Low are hosting a New Voices contest for authors of color. The Coretta Scott King award (http://www.ala.org/emiert/cskbookawards) and Pura Belpre multicultural children’s book awards (http://www.ala.org/alsc/awardsgrants/bookmedia/belpremedal) are critical in realizing visions where all children can find both windows and mirrors in books.

Whatever your race or ethnicity, don’t feel as though multicultural literature means only writing about your own heritage, or about making the culture more important than the story or character. At the same time, don’t feel as though a marketing need or lack of books on a subject qualifies you to write that particular book. If you feel like an outsider, your narration will seem distanced and inauthentic, and your reader won’t have access to a true window or mirror.

Writing multicultural literature is a daunting task, but there are individuals and organizations out there to help you. A few agents at the Andrea Brown Literary Agency (http://www.andreabrownlit.com) and Full Circle Literary (http://www.fullcircleliterary.com) mention a desire to see multicultural submissions on their websites. The Highlights Foundation can help you find out which stories might be yours to tell, and how to present authentic and diverse characters and settings.

Remember, if you have the passion to write a multicultural story, and if you honestly address your bias or fear of writing across boundaries, keep in mind the child who deserves that window to another world or a mirror of her own. Then go immerse yourself in that world. 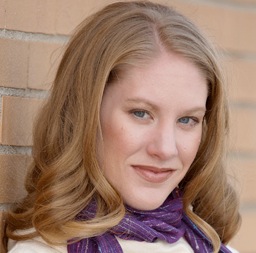 Miranda Paul is a teacher, world traveler, and mother of two. As she raises an international family, her writing goals include depicting diverse characters (and animals!) with positive and sometimes ridiculously funny stories for children. Miranda Paul has served as a volunteer teacher in Gambia, West Africa and also has family scattered around the Caribbean — so she occasionally escapes her Wisconsin homeland for tastes of the tropical life.

Miranda also works for-hire writing and editing children’s stories for digital and print markets, and has published pieces in national magazines such as POCKETS and TURTLE. Find out all the latest news about Miranda on her website, www.mirandapaul.com.