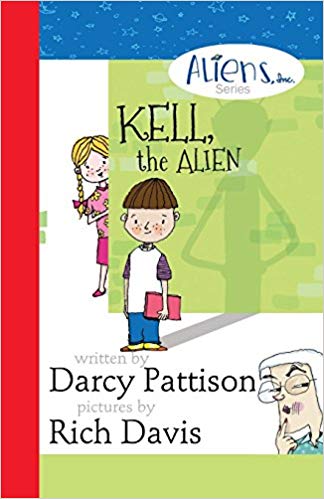 Here is another post in my WRITERLY WISDOM series I first ran back in 2013. Six years later, I’ve updated the material and made sure it still applies to today’s writers. This week we learn from the wonderful Darcy Pattison…

To write a series of books, my biggest tip is to plan ahead. You may get by with writing one book on the fly—plenty of people do that. But for a series to hang together, to have cohesion and coherence, planning is essential. Here are XX decisions you should make early in the planning process.

Decision #1: What type of series will you write?

Strategies for a series vary widely. For THE HUNGER GAMES, the story is really one large story broken down into several books. Or, to say it another way, there is a narrative arc that spans the whole series. Yes, each book has a narrative arc and ends on a satisfying note; however, we read the next book because we want to know what happens in the overall series arc. Jim Butcher’s ALERA CODEX is another series with an overall series arc; it was fun to hang out in this world for a long time.

On the other hand, series such as Agatha Christie mysteries (in fact, many mystery series fall into this category) are stand-alone books. What continues from one book to the next is the characters, the setting and milieu, and the general voice and tone of the stories. Once a reader gets to know a character, s/he wants to spend more time with that character. These readers just want to hang out with a friend, your character. A sub-category is the series of standalone books that adds a final chapter to set up the next book in the series and leaves you with a cliff-hanger.

I distinctly remember when I first read Edgar Rice Burrough’s John Carter series about Mars. Each story is a standalone novel, but he hooked me hard. I started reading at noon on a Saturday and found myself hotfooting it to the bookstore at 4:30 pm because they closed at 5 pm and I had to have the second book to read immediately.

Rarer is the series that crosses genres. This type series begins with one genre, but moves into other genres as the lives of the characters progress. For example, a romance might continue with a mystery for the second book. And the third might move into a supernatural genre. These are rarer because one reason a reader sticks with a series is that they know what they are getting. It will be this type of a story, told in this sort of way and will involve these characters.

On the other hand, some series unabashedly cross genres but they do it for every book. Rick Riordian’s Percy Jackson series is a combination of mythology and action/thriller with a dose of mystery.

Notice that this decision centers on the plot of the stories in the series. Will you plot each separately, or will there be an overall plot?

Besides plot, you should make decisions about characters, and as with plot, you have choices. One choice is an ensemble cast that will carry over from book to book. Here, you have Percy Jackson, his friends and his family as constants. Each book introduces new characters, of course, but there is a core that stays the same.

Another option is to have just one character remain the same. Agatha Christie had Hercule Poirot traveling around and the only constant was the gumshoe and his skills.

Whether you choose one character or an ensemble, you can add or subtract as you go along. But the characters must be integral to the story’s plot.

In developing series characters, think about cohesion and coherence.

Decision #3: How long do you want the series to continue?

Many easy readers series go on forever. Think of THE BERENSTAIN BEARS, who continue their adventures and lives throughout multiple volumes. For this type series, the story possibilities are endless. Or think of a TV series, where the situation set up is rich with possibilities. I Love Lucy ran for years and years on the premise of a slightly crazy wife of a musician.

On the other hand, some series have a finite life span. For stories with a narrative arc that spans a series, the life span is built into the plot. However even for these, there can be spin-offs into related series. Think of Percy Jackson and the Olympians series and Heroes of Olympia series. The A to Z Mysteries by Ron Roy and John Gurney had a built-in limit of 26 books.

Sometimes, the length of a series depends on the publisher and the early success of the series titles. When Dori Hillestad Butler’s first book in The Buddy Files series, THE CASE OF THE LOST BOY, won the 2011 Edgar Award for the best juvenile mystery of the year, the publisher contracted for more.

For Sara Pennypacker, author of the CLEMENTINE series of short chapter books, the answer of series length depended on something else. In a presentation about writing, she said that she had to ask herself what she wanted to say to third graders. She came up with eight things. Pennypacker focused on the themes of each book (friendship, telling the truth, etc) and found that eight was the natural stopping place for her. Of course, she reserves the right to many more, if other themes present themselves. But she deliberately stepped away from doing a Christmas book, a Halloween book, a 4th of July book, a fall book, a back-to-school book and so on and so forth.

My books, THE ALIENS, INC. SERIES, came out in 2014, and is about an alien family that is shipwrecked on Earth and must figure out how to make a living. It’s been interesting developing these stories and thinking about these three issues.

They accidently fall into party planning and each book features a different type of party or event put on by Aliens, Inc, the family’s company. KELL, THE ALIEN, the lead-off story, is about a birthday party and of course, it is an alien party. Can the aliens pull off an alien party? The second is about a Friends of Police parade, entitled, KELL AND THE HORSE APPLE PARADE.

Can you tell just from the description some of the decisions I made? There isn’t an overall series arc. Rather, the characters, setting and milieu are set up and there could be endless stories in the series. However, like Butler’s dog mystery series, I am starting with four books and their success will determine future titles. There is a main character who is surrounded by friends and family and, of course, a villainess. These characters weave through the stories and provide cohesion and coherence.

Plan ahead and your series will be stronger. For those who accidently fall into a series, it will be harder to sustain coherence. You may realize in book three that it sure would be nice if your character had to wear glasses. Yes, you can add it—but you run the danger of it being obviously done for the story itself. So, in my series, early readers have questioned things like the art teacher who is from Australia.

They ask, “Does it matter that she is from Australia?”

“Not yet,” I answer. I just know that I have seeded these early manuscripts with possibilities. If the series goes to books 5-8, I will have hooks to draw upon. So, while I haven’t plotted those books, I have still allowed room for them.

Want to write a series? What is your favorite series and how will your stories compare? 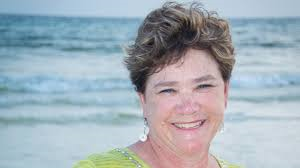 Storyteller, writing teacher, Queen of Revisions, and founder of Mims House publisher, Darcy Pattison has recently been motivated by zombies (which helped her meet a goal of running a 5K) and chocolate (which keeps her young). always active, before her tenth birthday, she (almost) climbed the Continental Divide, turning back at the last 20 yards because it was too steep and great climbing shoes hadn’t been invented yet. This year, she biked in Poland and hiked the Rockies. On her bucket list is kayaking the Napli Coast, eating curry in Bombay, and catching a glimpse of a puma in South America. You can reach her at her website (http://www.darcypattison.com)