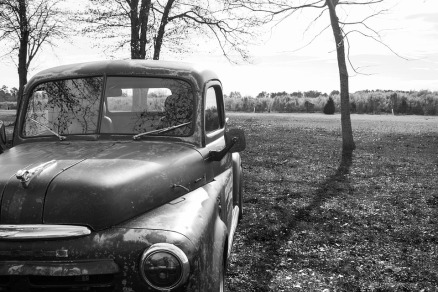 This month is the five anniversary of my receiving my “new to me” car. Believe me, I have enjoyed every second I’m in that car! My other car was a 1999 Mercury Sable LS with 176,000 miles on it, no air conditioning, and an oil leak causing me to feed it a steady diet of high mileage oil once a week.  When I got my 2006 Kia Sportage, it only had 67,000 miles on it. Best of all, for someone allergic to the sun and high humidity of east Tennessee, it had AIR CONDITIONING! In fact the air conditioning was so cold I couldn’t actually even run it full blast which was a wonderful problem to have…;~)

Riding in my car this morning made me think about all the different cars we had when I was growing up. My father never made a lot of money from the different jobs he had over the years so I never knew what car the two adults and four kids in my family would be climbing into next.

The first car I remember riding in actually belonged to my father’s mother. She died when I was about three years old, but I can still remember riding in her old black rounded-top truck to the grocery store. That thing rattled like bones in a graveyard but it offered freedom from home and a chance to maybe get a piece of candy at the end of the ride.

My sister tells me we had a blue and white Bel Air when I was a toddler. I remember it as a white car but maybe I just wasn’t tall enough to see the blue on it? Besides, it was more about the ride back then than the color of the transportation so she could have told me it was made out of pure gold and I probably would have believed her!

Then there was the tan Chevy Nova we took on our trips to visit my aunt and uncle in Oklahoma every summer. If I close my eyes I can see my father in the front seat, cigarette dangling off two fingers and dropping ashes into the ashtray on the dashboard. My mother sitting next to him with one of us between them. She liked to hang one foot out the window like a dog hangs out to enjoy the ride. That left the other three kids to pile into the back seat. I was the youngest so I would always have to sit in the middle. It wasn’t too bad…especially since it left me a soft shoulder to sleep against on the long ride from the swamps of Louisiana to the hills of Oklahoma.

That Nova was still in our family when my parents were involved in a serious accident while coming back from grocery shopping in another town. My father was going through an intersection when unfortunately they were hit on the passenger side by oncoming traffic. They returned home hours later with one side of our car crushed in and my mother nursing four broken ribs.

The last car we had while I was growing up was a green Chevy Nova, replacing the tan one that really couldn’t be driven any more. By this time my father was working on an offshore oil rig as a cook and that car spent many weeks at a time sitting at a dock just waiting for my father to return to land. When my father died three years after my mother the summer I turned 24, I inherited the green bomb as I was the only one in the family without my own transportation.

I kept that car for as long as I could. It carried me faithfully into my first serious relationship and back out again as well as across the miles to my new home in another state. It brought with it memories of my parents and a childhood I left behind as I stepped into adulthood and the next phase of my life.

Yeah, cars have carried me safely through different milestones in my life and I’m sure my Kia is up to the challenge of carrying on the tradition…

What was YOUR first car? 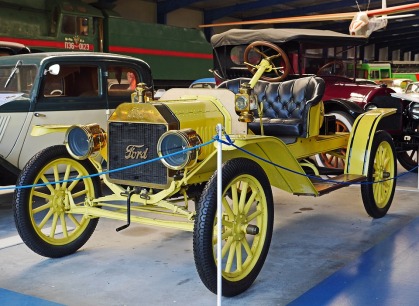 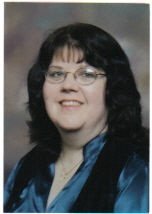 4 thoughts on “TALES FROM THE BAYOU: Pimping My Ride”